Enter your City name or Pincode

Tawang is a scenic heaven and the tourism sector here has been highly boosted owing to the beauty of the place. Every year tourists in huge numbers come to the place. The gift of nature that the state of Arunachal Pradesh is endowed with is displayed through every inch of the land and Tawang coves a major part of it.

Surrounded by myriads of lakes and at an altitude of 10000 feet above sea level, Tawang soothes not only one’s eyes but also the soul. With Tibet standing to its north and Bhutan to its south, the town of Tawang is itself a place of marvel. Some of the tourist spots in Tawang one can never afford to miss in Tawang are given below. 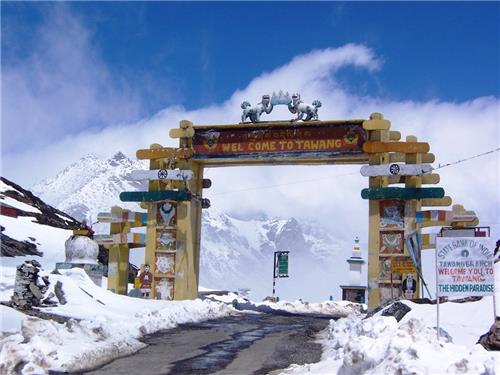 The monastery has a 8 meters high statue of Lord Buddha which dominates the sanctum of the monastery. There are rotating wheels, priceless thangkas, butter lamps and other sacred buddhist things inside I and around the monastery. The monastery also has a library, residential building, museum and school for the benefit of the monks residing here. Rooted atop a hill the yellow roofed Tawang monastery is a majestic sight and the town also has its own legendary story of King Kalawangpo and Khandro Drowa Zangmo. 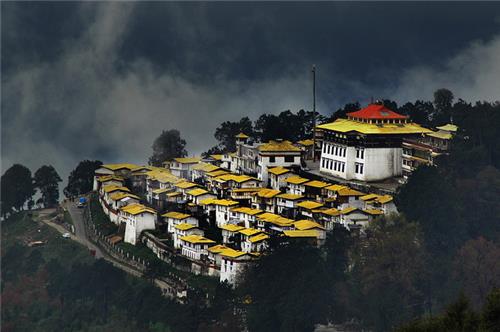 The war memorial in Tawang signifies the valour of the 2420 soldiers who fought in the Sino-Indian war in the year 1962. The war memorial with a 40 feet Namgyal stupa is about 1 km away from Tawang town. 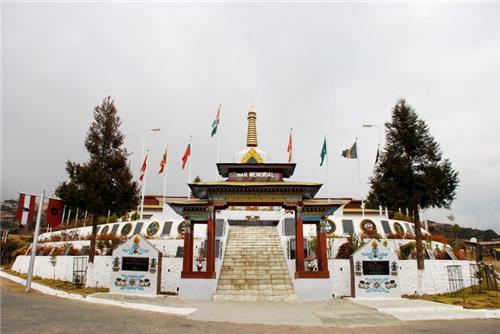 Located at a distance of around 5 kms from Tawang town, the Urgelling Gompa is a monastery which was built by Lama Urgen Zangpo in 15th century. It is the birthplace of Gyalwa Tsangyang Gyatso who was the VI Dalai Lama. A holy place for all Buddhists, the Gompa is one of the major tourist spots in Tawang. 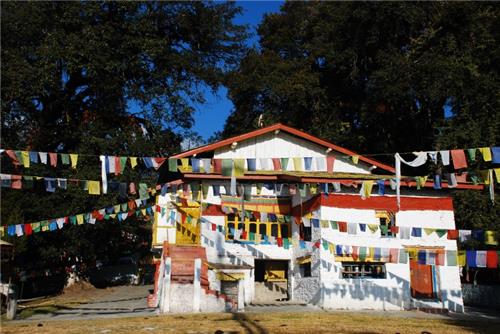 Khinmey monastery is located 5 kms away from the town of Tawang. Founded by His eminence 14th Thektse Rinpoche, the Khinmey Gompa is a Nyingmapa monastery of Peling sub-sect. the prayer hall of the monastery has a huge 50 feet statue of Guru Padmasambava. 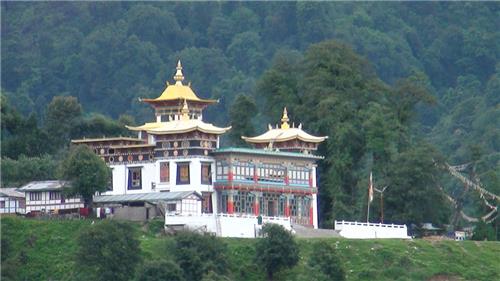 Bhramadungchung Ani Gompa also known as Ganden Thekchen Choeling was built in the year 1826, 12 kms away from the town of Tawang by a monk by the name Kachen Yeshi Gelek. 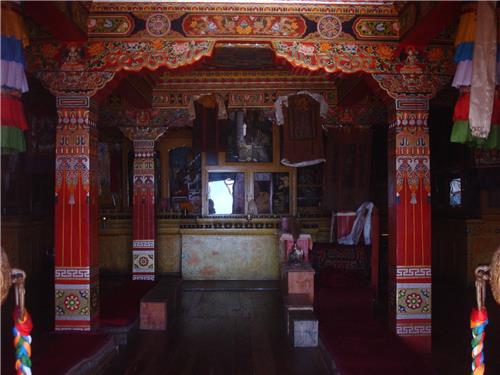 Lamai Zabshe is one of the interesting tourist spots in Tawang. The reason for which this place is a tourist spot is that it was on this hillock that a young VI Dalai Lama had set foot in order to admire the beauty of the place.

Also known as the Ptso Lake, the Pankang Teng Tso Lake is at a distance of 17 kms from the town of Tawang. The lake is considered one of the most beautiful lakes in India. Such is the surrounding around the lake that tourists are left in awe. Photographers don’t get enough of capturing this place of beauty. With snow and hills all around the lake, skiing is one of the activities done here during the winter season. A must visit place in Arunachal Pradesh is Pankang Teng Tso Lake. 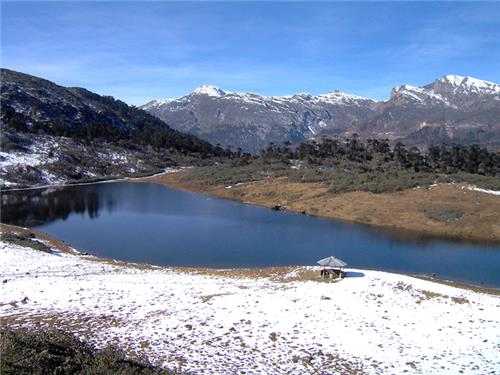 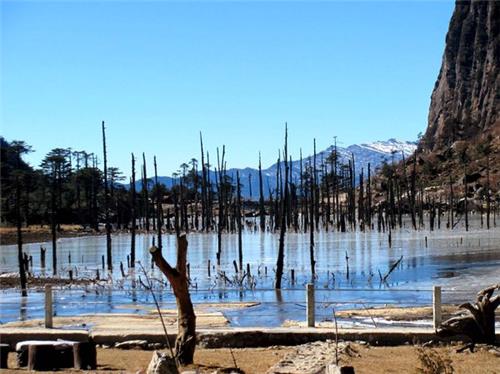 In the 8th century, this place was visited by Guru Padmasambhava and he resided here for days. Hallowed by the power of Guru Rinpoche, the place is of sacred importance to monks and buddhists. The name ‘Taktsang’ literally means tiger place. The marks of the Guru and his horse can still be seen in the monastery. 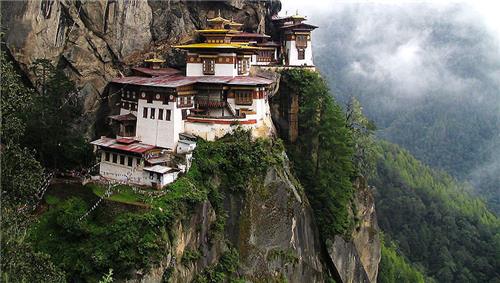 Around 80 kms away from the main town of Tawang, Bab-Theng – Khang watefall is an enthralling scene from its view point. It can be witnessed on the way to the famous stupa of Gorzam in Zemithang.

Popularly known as Nurongneng waterfall, the Jang Waterfall is at a distance of 40 kms from Tawang. The scene of the waterfall soothes one soul for it is scenic not only for the eyes but also musical for the ears. 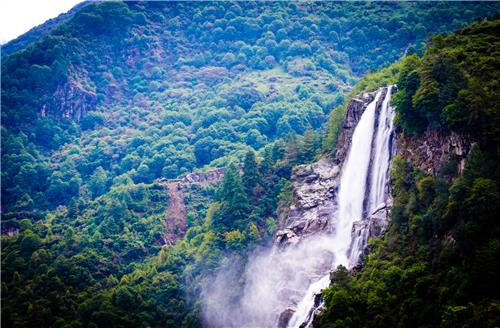 Another famous tourist spot in Tawang is Jaswant Garh which is a war memorial in the name of the warrior Jashwant Singh who sacrificed his life bravely in the Sino-Indian war in the year 1962. Legends say that he very briliantly fought the war for 72 long wars incessantly proving his loyalty to the country. 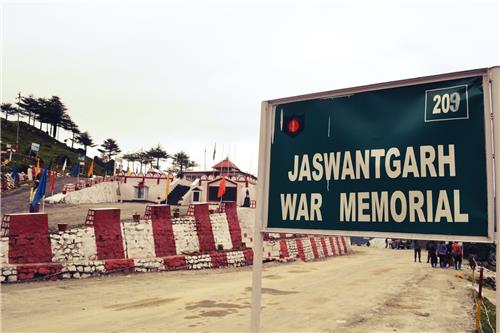 At a height of 13,700 feet above the sea level, the Sela Pass can be considered to be the primary tourist spot in the town that attracts tourists. It is proudly credited with the only high-altitude mountain pass in the world which is motorable. The view from the pass is a sight which is spectacular. With lakes on its sides and some amazing special flowers, the Sela Pass is no less than heaven. The view of the snow clad mountain especially during the winters is mesmeric. Sela pass is a definite place one can never miss on visiting Arunachal Pradesh. 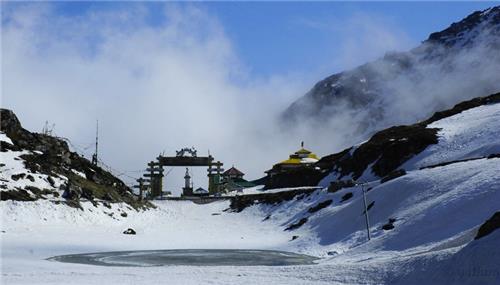 At a distance of 37 kms from the town of Tawang, the Bumla Pass lies near the Indi-China border. The Bumla Pass is rather at a very difficult level so it is meant only for expert trekkers. With the increase in the height of the altitude, the oxygen intake gets lesser and lesser in the Bumla Pass. The best time to visit the pass is between May and October.

Gorichen Peak is one tourist spot in Tawang which is clearly for the adventure seekers. It is the perfect destination for trekkers as it is at a height of 22500 feet above the sea level. And not only the trek is a delight to the trekkers but also the beautiful scenery one might witness on the way. 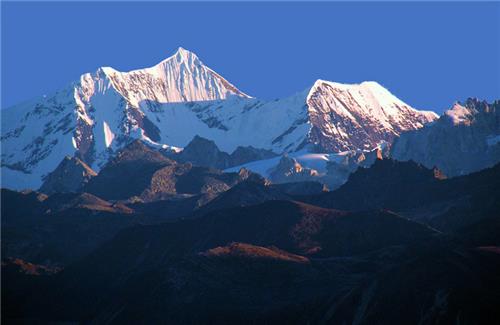 Tawang festival is a major tourist festival which started in the year 2012. It is a festival of merry making and joy. The festival strives hard to bring the tradition of the Arunachal tribe before the tourists. As the years passed, the tourism has been gaining more and more popularity. The festival is a three day fest where one can witness various cultural functions. The local food and beverage is presented for full availability. The tourist sector has been very much boosted as a result of this festival. People get to taste the different food and the locally made beer as well. 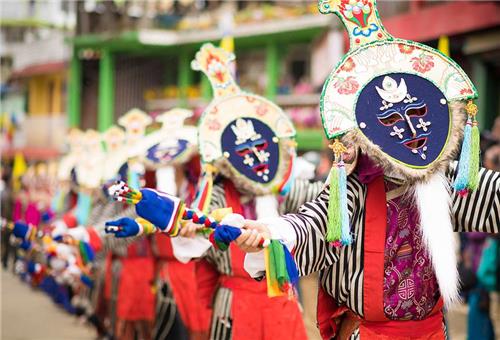 With the passage of time, Tawang festival has been gaining a lot of popularity and one must not miss witnessing this amazing festival of north east.

Tourism in any town demands the need for more and more accommodation and in Tawang, in recent times this demand has hit the roof. With thousands of people thronging to this heavenly abode to witness the natural beauty,the need of  accommodation and lodges have also highly increased. Given below are some of the hotels in Tawang.

Are you a Business Owner?

Add the products or services you offer